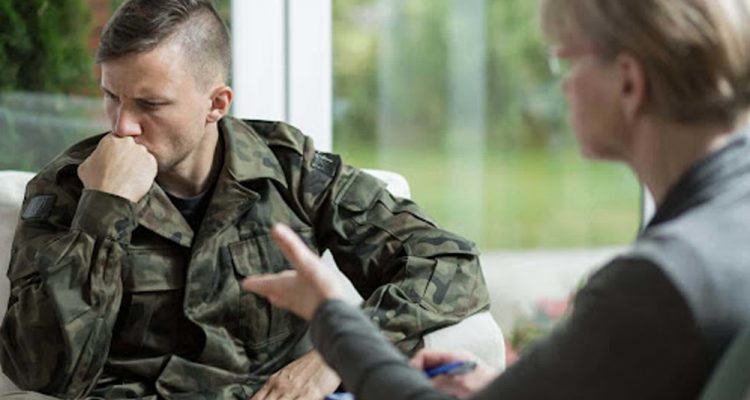 It takes a whole lot of adjustment for veterans to shift their way of life from military to civilian. One of the most challenging aspects of that transition is the unloading of the baggage brought by combat exposure.

Studies have shown how likely it is for military personnel to resort to alcohol consumption to overcome the stressors from combat exposure. In a survey among 1100 soldiers who returned from deployment, it was discovered that 25% of them were misusing alcohol and 12% were found with behavioral problems caused by alcohol use. 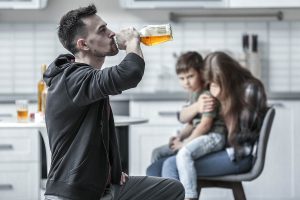 Drinking is common leisure in the military culture. It is a sign of fellowship among service members as well as a coping mechanism for some amid military challenges. Several bars and restaurants show support to active duty military personnel by offering them a discounted price for alcohol. No wonder how most of them are known to be heavy drinkers.

A survey conducted by the National Survey on Drug Use and Health in 2018, reveals that veterans have a higher rate of alcohol abuse than among the general population. These figures concretely prove why 11% of the veterans who seek services from the US Department of Veterans Affairs (VA) show symptoms of alcohol use disorder.

What could be the cause of prevalent alcohol addiction among veterans? Here are a few factors to think about:

PTSD is common among veterans. 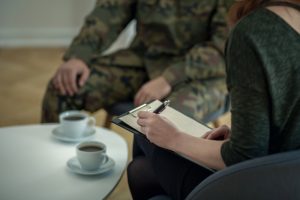 Post-traumatic stress disorder (PTSD) is a common mental illness caused by witnessing violent threats and/or tragic events. Veterans who have experienced the extreme conditions of war such as death, explosives, injuries, and the likes are prone to developing PTSD. Sexual assault, which is common among female veterans, can also cause PTSD.

Excessive alcohol use is the most popular option to numb the pain brought by combat exposure until such time it develops into alcohol addiction, a usual symptom of PTSD. Upon entering civilian life, veterans suffering from PTSD can experience traumatic flashbacks, depression, and even self-destructive behaviors.

Fortunately, alcohol rehab treatment is the most efficient method of helping these veterans get back to their normal life.

Veterans are likely to experience injuries and chronic pain which could cause extreme discomfort. This often leads to poor sleep, depression, and anxiety, as well as substance abuse. This is a serious matter because the inability to attend to these needs may lead to self-harm. In 2014, the daily count of suicides among veterans reached almost 20.

Pain management among veterans is usually related to opioid prescription which is dangerous as it can increase the risk of substance misuse and abuse. Non-pharmacological approaches to treatment are highly recommended by the Veteran Health Administration (VHA) as it has proven significant effect.

It is extremely unfortunate that despite the patriotic act of serving the US forces, a lot of veterans suffer from homelessness due to the lack of financial support and social isolation. The majority of them end up in poverty and turn to substance addiction as a means to cope with their misfortune in conjunction with underlying mental illnesses as well as physical pain.

It is concerning to note that 75% of these homeless individuals are suffering from addiction and mental illness. Although treatment and care are available, the stigma about rehab treatment is so great that they prefer to live untreated. In a positive light, the government has been extending as much help as possible cutting the number of homeless veterans in half. 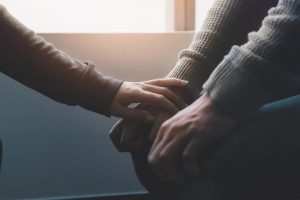 Treatment for alcohol addiction among veterans is a special case considering the nature of military culture which typically involves combat exposure, a primary cause of alcohol abuse among soldiers. There are a lot of rehab facilities in the country which are capable of addressing the needs of veterans suffering from alcohol addiction.

The US Department of Veterans Affairs (VA) is a government agency that aims to provide lifelong healthcare services among qualified veterans. The services include treatment for alcohol addiction as well as co-occurring mental disorders such as PTSD and depression. There are also services for chronic pain, sleep disorders, and even relationship problems.

However, the department has been plagued with numerous problems due to several complaints about their quality of care. Veterans would prefer treatment from private rehab facilities as they claim it to be more efficient and effective. Here are some common choices for your alcohol rehab treatment plan:

This is also considered the initial stage of recovery as it stabilizes a person’s mind and body by cleansing it from any form of substances. Typically, the patient is given a prescribed medicine that helps remove the toxins. When the withdrawal symptoms are severe, an inpatient detox method is the best for the patient.

Sessions for counseling and therapies focus on building up a person’s capacity to fight addiction by resolving mental issues and forming new habits and skills that allow them to build healthier communication with others. This could range from veteran-focused individual therapy, cognitive-behavioral therapy, marriage counseling, etc.

The patient cannot regain his healthy socialization skills alone, so he needs support groups. It’s actually part of any alcohol rehab to help the person restore his healthy relationship with others. This may continue even after treatment in the rehab center and serve as prevention for relapse.

There are certain programs specially made for treatment among veterans suffering from substance abuse considering the possible co-occurrence of problems caused by combat exposure such as PTSD, chronic pain, depression, and the likes. These programs may also attend to the need for better relationships with others such as spouses, family, and friends.

This is an essential phase of the recovery which is often disregarded by some. This may include continuous medications, therapies, counseling, and meetings with support groups. It is treatment outside the rehab center in a more flexible time. This is necessary so that problems that trigger alcohol addiction outside can immediately be spotted and intervened.

If you are a veteran who struggles to live a peaceful life and is in a constant battle towards personal issues, take a few loads off your shoulders by getting help and undergoing treatment. There are plenty of professional healthcare providers around who are willing to provide you the quality service you truly deserve.