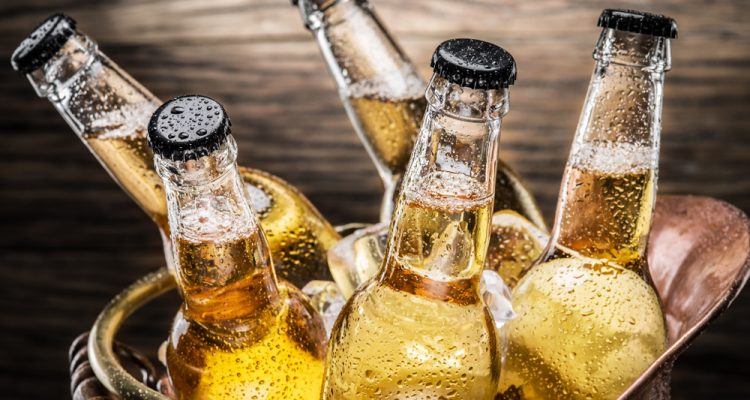 Generally, light beers have fewer calories and less alcohol content, which is good at some point, especially when you don’t want to get drunk easily. Some of the popular light beers in the market are Abita Golden, Amstel Light, Bud Light, Budweiser Select, and Busch Light.

Indeed, many of you spend a lot on your weekend drinks, yet you need to be mindful of your drinking patterns to avoid alcohol dependence. So let’s find out if light beers can get you drunk or not.

How Many Light Beers Does It Take To Get Drunk? 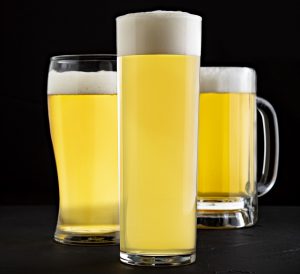 Light beers have lower alcohol content than pumpkin ale and porter, so you typically need to drink more to get drunk.

On average, it takes around four to five beers in less than an hour for a 190-pound man to get drunk. Whereas, for a 160-pound woman, it’ll be three to four beers in an hour.

When we say “drunk”, we mean that their blood alcohol content is 0.08% or higher. In case you’re drunk already, be sure not to be behind the wheels or else you’ll be arrested for DUI.

What Are Some Popular Light Beers and Their Alcohol Contents?

There are different kinds of beers and each has its respective alcohol content. Below are some of the popular light beers in the US with their corresponding alcohol concentration and calories.

There are more brands of light beers in the market, and the ones mentioned above are just some of them.

Similar to other alcoholic drinks, not all people love light beers since they like those beers with more hops and higher alcohol content.

Are Beers with More Hops Better for Your Liver? 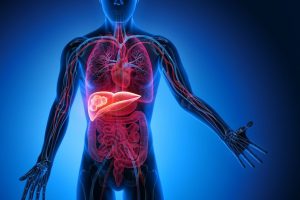 Basically, there are four major ingredients for making your beers, and these are water, malt, yeast, and hops. So let’s focus more on the hops, what are they, and why they’re an essential ingredient in producing beers.

Hops are what make your beer taste like one, and they play a significant role in killing the bacteria growth during the fermentation process. These ingredients are the cones of the Humulus lupulus plant.

Without these flowers, your beers won’t smell and taste fresh. Likewise, it gives off the tempting aroma of beers, which most drinkers love about.

So are beers with hops better for your liver? Well, hops have acids in them which helps digest the fats in your liver, meaning it helps you prevent getting a fat build-up.

Additionally, acids from hops have been studied and found out to have anti-cancer properties. They also help leukemia cancer cells from sticking to your bones.

Despite these medical benefits, it’s still not advisable that you excessively drink beer to avoid alcohol dependence.

What are the Reasons Why You Shouldn’t Drink Light Beers?

It tastes different than regular beers

These beers have fewer calories and less alcohol, which means there are fewer hops as well, which contributes to natural beer flavor. Generally, it’s like you’re drinking a flavored beer with more water.

Light beers have lower carbohydrates than standard beers, usually around 100 calories and below.

Conversely, if you want to get drunk and you take light beers, then you’ll be having more glasses or bottles. Consequently, this also means you’ll have more calorie intake.

If you’ll be having light beers and you want to get drunk, then you’ll be consuming more, which means more calories and higher expenses.

It comes at a higher price

Typically, the cost of light beers from Craft beers vary between $1 to $2, so does that mean you’re saving? Well, if you’re aiming to feel something, then you’ll be getting more bottles for light beers, which means you’re spending more.

You’ll be going to the bathroom more often

Technically, light beers contain more water than alcohol and hops, so there’s less chance of you getting dehydrated. However, you’ll be going to the toilet more often to pee.

Can Three Beers Give You A Buzz?

Again, this depends on your tolerance level. For example,  if it takes three to four regular beers with 5% to 6.9% ABV to give you a buzz, choosing light beers could mean that you need to drink more than that to feel the same effect.

Will Nightly Drinking Turn You To An Alcoholic? 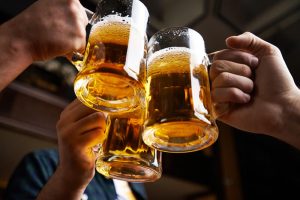 This will greatly depend on how much you drink every night, and what alcoholic beverages are you having as well. Basically, having one drink or beer per night may not seem like much to some people, but others could develop alcohol dependence by having this habit.

Additionally, some of you might be a “weekend warrior” or those who binge every weekend. Binge drinking could also lead to alcohol use disorder or alcohol poisoning.

Want to Free Yourself from Alcoholism?

Whether it’s light beer or not, that’s still alcohol and it can do bad things to your body. Considering that, you need to be cautious with your drinking habits, so you can avoid alcohol dependence.

If you’re having difficulty in controlling your alcohol consumption, then seek medical help from a doctor or addiction specialist. They will hear you out and give you a customized treatment program that’ll help you achieve sobriety.