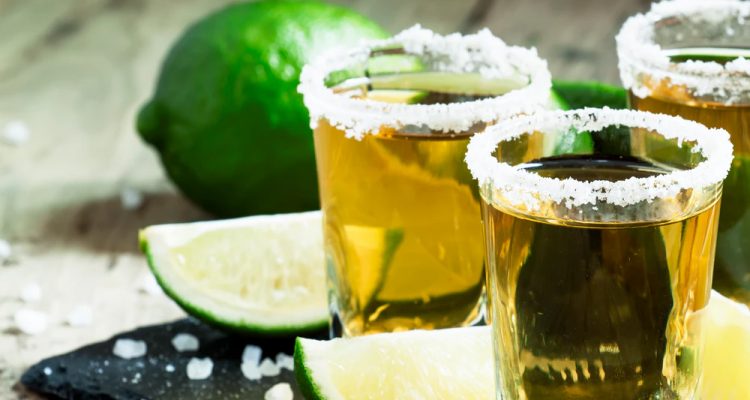 Alcohol poisoning occurs when you have excess levels of alcohol dissolved in your blood, and this usually happens when you binge drink. If you take several shots of tequila in less than two hours, then you’ll surely have an alcohol overdose since this liquor has 50% to 51% alcohol content.

In case you suffer from alcohol poisoning, then you need to do the following steps:

What is Alcohol Poisoning?

This incident happens when your blood alcohol concentration is intensely high, which can cause severe depression of your heart and lungs. Below are the respective signs for each blood alcohol level (BAC).

This is a mild impairment stage where you’ll start feeling sleepy and relaxed after taking shots of tequila. The common symptoms at this level are slurred speech, decreased balance, low muscle coordination, and slight memory loss.

There is an increased level of impairment for you or the person, and the alcohol intoxication is rising. You feel more relaxed, so your movements and balance are greatly depressed. Likewise, you can no longer safely drive at this phase.

For some people, their aggression level can be increasing and this can lead to physical assault and injury. Additionally, there will be an increased depression for your muscle coordination, breathing, speech, and memory.

At this level, you will have a severe impairment in your motor skills, memory, and speech. Consequently, it’ll be unsafe for you to drive since you’re most likely to get into a car crash or get arrested for DUI.

You will also experience blackouts at this level, and then vomiting is also expected. Moreover, your ability to properly think and decide is already impaired, that’s why you’ll do unsafe behaviors.

This is a life threatening level for anyone since your vital signs are severely depressed. You will have a very low heartbeat and breathing at this level, and this can permanently damage your brain.

Additionally, you will be unconscious at this level, which is dangerous, so you need to keep yourself or the person awake at all times.

What are the Critical Signs of Alcohol Poisoning?

Alcohol overdose is dangerous since it can greatly depress your breathing and pulse rate. In particular, here are some of the dangerous signs of alcohol poisoning:

If you consume more than five drinks in less than two hours, then you’re binge drinking and it’s one of the culprits of alcohol overdose. Basically, your body is just capable of metabolizing 20 mg/dL alcohol per hour.

Once you take more than three tequila shots in less than an hour, then your blood alcohol level rises as well. To keep yourself away from alcohol poisoning, then never go beyond the standard drink, which is equivalent to:

What are the Factors Affecting The Risk of Alcohol Poisoning? 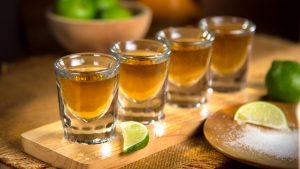 Your rate of metabolizing alcohol and suffering from alcohol poisoning and overdose depends on certain variables, which include the following:

Typically, the younger you are, the longer time it takes for you to get drunk. This happens because younger people can metabolize alcohol faster than older ones.

Generally, if you are lighter or having a smaller body size, then you get drunk more easily than those with a larger body size. For instance, a 100-lb individual is twice more likely to get an alcohol overdose than a 200-lb person, after taking a few shots of tequila.

If you have been drinking for quite some time, then you’ve already built up a tolerance for liquors. In that case, first-time drinkers are more likely to get alcohol overdoses than seasoned drinkers.

If you’re drinking tequila while your friend is having wine, then you’ll get drunk faster, considering both of you have the same tolerance and age. Tequila are distilled spirits having higher alcohol content than wine and beer.

If you are healthy and well, then you are less likely to get easily drunk and have an alcohol overdose. In contrast, if you have diabetes, then you are at risk of having alcohol poisoning after having several shots of tequila.

How Many Tequila Shots For You To Get Alcohol Overdose? 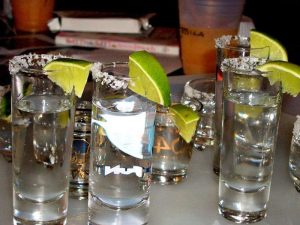 A single shot is 1.5 ounce and a tequila usually has 50% to 51% alcohol content per volume. This means for one shot of tequila you get around 0.76 ounces of pure ethanol, and mostly, three shots of tequila are enough to give you that booze.

Basically, if you go on more than five or six tequila shots in less than an hour, then you’re prone to alcohol poisoning already.

How To Avoid Alcohol Poisoning from Tequila?

The best answer to this is to control your drinking habits, or better yet, stop drinking at all. If you plan to get the health benefits of tequila, then simply have one or two shots per day only.

You can also consult your doctor about your plans for drinking, especially if your reason is to reduce weight or boost your metabolism.

Tequila is a strong liquor, so you need to take extra precautions in drinking it. If you think you have an alcohol use disorder, then better seek help from an addiction specialist today.